December 3, 2022 from 0000z to 2400z
Skywarn™ Recognition Day was developed in 1999 by the National Weather Service and the American Radio Relay League. It celebrates the contributions that Skywarn™ volunteers make to the NWS mission, the protection of life and property.
Amateur radio operators comprise a large percentage of the Skywarn™ volunteers across the country. The Amateur radio operators also provide vital communication between the NWS and emergency management if normal communications become inoperative.

All Skywarn™ spotters provide critical weather information before, during and after adverse weather strikes. This includes reports of rain and snow, ice and wind, storms and tornadoes, flooding and fire. This is our 24 hours to recognize all of the Skywarn™ spotters serving our nation!

Be sure to follow your local NWS social media pages and other social media outlets for additional ways to participate in SRD 2022.

This form is used to record your participation in SRD 2022. Record a summary of all contacts made during SRD 2022.

Note: There is no need to re-submit this if you have already completed the summary using the link on the Skywarn™ Recognition Day Facebook Page. 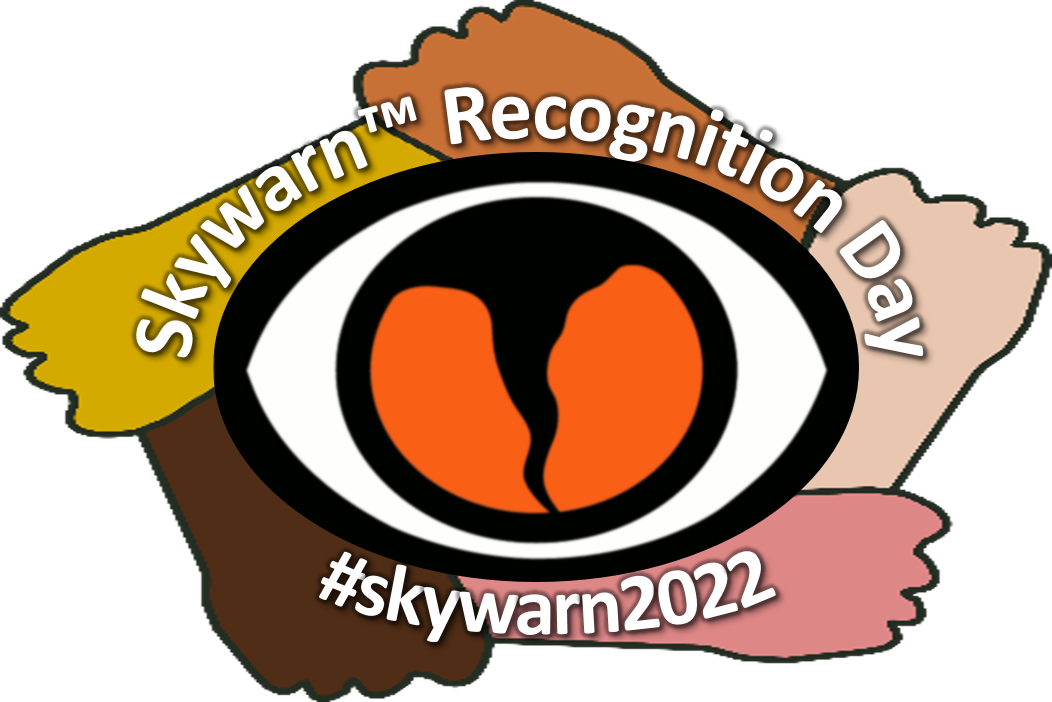 Due to the recent large storm in Alaska, and also to Hurricane Ian, we see there are large areas involved in recovery operations.  For this reason, it was decided that this exercise will deal with recovery issues, and logistical support messaging.

This means, transmissions regarding:

Clothing is not considered a logistical issue for the purposes of this exercise.

The CW operations team / circuits will be active for this exercise.

I will need copies too, so I may request anything I don't get via the above method. You can send them to this email account if you prefer.

As we have all read on other posts, Brandon has done a wonderful job reporting on the event.  It was a great turnout for it.  As he mentioned we had probably about 10 people onsite at our peak, there was possibly even more I think.  Over the course of the day, I think we had between 25 and 50 people there.  Ham's of all levels were there and even non-ham's.  MARA members and nonmembers alike.

Of the stations on the air, Bridgit was onsite running and powering her full digital rig from her Prius using a dipole at the parking lot, Brandon was actually in a tent on the lake with his rig operating full digital as well, and I wound up in the SE corner of the lot with my heated tent and running strictly voice and the primary location of all training going on for hams.

As the stations shutdown and dispersed, I wound up staying a little while longer and trying to make contacts, playing the bands but eventually decided at 1630L to shutdown and go warm up at home.

WE really appreciate ALL that participated in both setup: Kevin Early (WL7BZ), I believe Rob one of our newly minted hams from the last test session, and forgive me I do not remember who all was there.  Last but not least, for George showing up and helping me to finish up the teardown.  Setup and teardown is the hardest part, but assistance with that was GREATLY appreciated!  My thank you to all that I have mentioned and those who were there that I did not mention - I apologize to those whom I may have omitted.

I explained to my wife (non-ham... yet!) about the satellite ham work and that really caught her interest, so she returned with me back to the site and watched and learned as did my neighbor Kevin Early about how to do AMSAT work during the first pass from 2012L to 2027L and we made enough contacts to cover both Bridgit and I operating as a team as well as for Brandon operating independently, so we got our extra 1500 points for each team for the satellite work.

After Craig had left around 2030L after the first pass, and we decided to not attempt any of the other passes at Finger Lake.  The remaining three of us left the site shortly after.  I was on my way home when another non-ham call at 2040L wondering where we were.  I had to explain that satellite contacts are only 15 minute windows.  Apparently a few others were onsite expecting to observe our operation.  We apologize to anyone who was expecting to see the satellite contacts, but based on report from Craig, we had more contacts during the first pass than he achieved at his home during the second pass.  I also apologize for not being there running the MARA equipment after dark, but temperatures we dropping and I really did not feel up to being out onsite as the temps were projected to be nearly -9F that night.

All photos are posted on the MARA Club Facebook page.

Now that MARA Field Day is over, as previously mentioned, it was an individual or family Field Day event.  Folks operated from their home or portable stations, with or without emergency power.  The rules were modified a bit so that class 1D can contact other class 1D station as well as any other station as before..  If you participated in Field Day please include your association with MARA/KL7JFU in your tally sheet to show the club's aggregate score.  Also please send KL7JFT a copy of your sheet.

Field Day is Over Now What?

WL7PM/Dean will be net control. The  5167.5 60 meter frequency is an Alaska only frequency that can be used within 50 nautical miles of the Alaska Coast and anywhere in Alaska.  150 watts is the maximum power allowed. A dipole can be constructed out of wire at 82.5 FEET total. it can be fed with ladder wire or coax, depending on what your tuner will handle.  The Net will start at 1000-1100 on the last Saturday of every month.  Report any results if you make contact or not, so we can determine the usefulness of the frequency, to Dean.